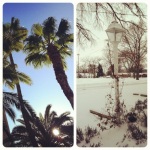 What a trip! I can honestly say that Vegas wowed me – haters gonna hate, but (like Kale chips) don’t knock it until you try it.

Initially, I approached this trip with a little hesitation. We went because the Husband had a training for work for most of the week, and it worked out for me to tag along and stay the weekend (early Valentine’s Day fun!). But, If you’ve looked at us lately, you might realize that we don’t exactly scream “late-night wild fun” or “risk takers”. Oh no. We’re more the “where are their parents?” and “isn’t it your bedtime”? type…

Don’t get me wrong. There was trash and trashy people, there were things that made me want to wash out my eyes with soap and carry a can of Lysol with me at all times. BUT, how we chose to do things, and what we chose to do made the trip a total blast. We loved every minute of it, and I could totally imagine going back! 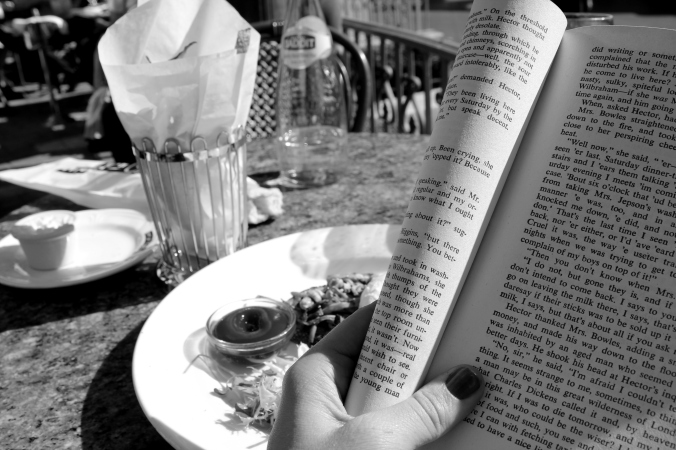 We ate at fabulous restaurants – dinners were my souvenirs (minus four magnets and a sweet last-minute Grand Canyon hoodie purchase…. it was freezing and we were unprepared. More on that later.) Two of my favorites were Serendipity 3 and Julian Serrano!

{Yep – That’s Dick Clark checking out the menu! And, the Frozen Hot Chocolate is as divine as it looks…}

{We’ve realized that we’re much happier with a variety of tapas or small plates than just sticking to one entree… that made this restaurant perfect for our pre-show date.}

We went to the Beatles LOVE Cirque Du Soleil show…. totally spectacular. This was my Valentine’s Day gift, and though it’s been around for a while now (celebrating it’s 5th Anniversary), it’s easy to understand why it’s the most popular in Vegas. If you’re a Fab Four Fan, or just like to see crazy cool stunts, it’s a must.

We went out on the town under the lights and the glitz and had a BALL together. SO much to see, hear, watch, do. You could stay in Vegas for a month and still not see every exciting (and pretty clean!) show and visit every swanky shop, hotel and restaurant. 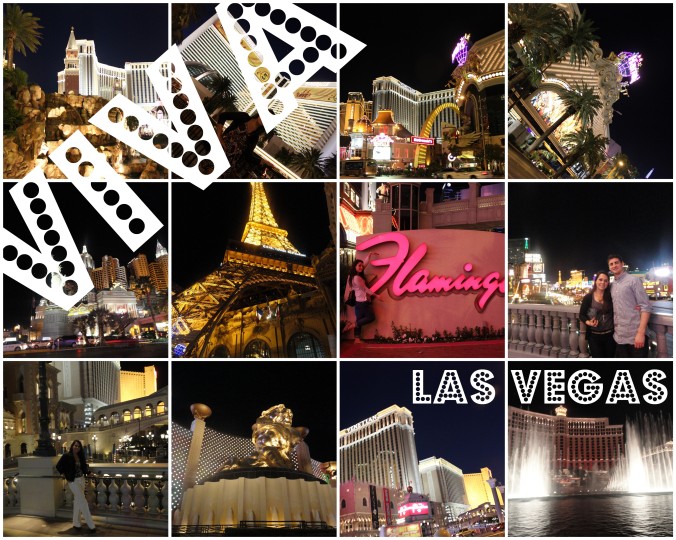 We went to the west rim of the Grand Canyon, and saw Hoover Dam. It was a bit of a hike, and we were nervous about taking a bus tour, but it was a perfect day. Although we got off to a rocky start (Waking up 20 minutes before you’re supposed to be ON the tour bus at a yet unknown location is NOT my style… dang alarm clock. Hence the forgotten aforementioned outerwear.) The vastness of the Canyon was astounding (as was the fact that there were NO railings!) and we enjoyed every bit of the day. So many beautiful pictures! 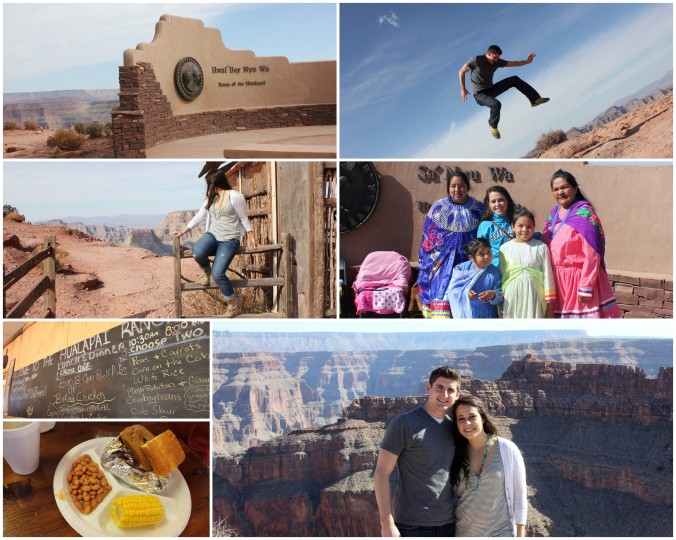 Overall, we learned that Vegas is what you make it… and here are a few things that we think made our trip great (just in case it’s on your itinerary in the near future, and you’re less of a crazy night owl and more… a foodie/sights person!):

Go with your husband – I wouldn’t recommend going to Vegas single, or going with just one gender. Group of girls = Trouble (aka, fresh meat). Group of Guys = Trouble (aka, easy cash/predators). Not that it’s impossible or anything, but both are asking to rack up a laundry list of poor life choices: Loose all your cash, end up in jail, wake up somewhere random (or with someone random…ew), miss your flight, have a LOT of explaining to do. But hey, with your spouse, MOST of the “problems with Vegas” can be alleviated! Go ahead and dance the night away and fall asleep in a hotel room together. Totally allowed. Totally fun. (But, my feet are killing me).

Be on the same page: We knew we didn’t want to blow a ton of cash, and we wanted to see the sights! We had plenty of boundaries, and found that there was an ENDLESS number of activities that fit within them! Who needs the crap when there’s a dessert, once-in-a-lifetime performances, celebrity-like shopping, astounding food and gorgeous weather and enough people-watching to last a lifetime!

Don’t bring kids: Explaining the “Thunder Down Under” posters or why there are people in orange t-shirts trying to push “trading cards” into your hand as you walk by to a five year old is not on my list of things I’d like to do… like ever. These type of raunchy displays were actually easier to ignore/avoid than I thought they would be – pleasantly surprised – but they’re there. Too many kiddies in strollers at midnight for my taste. Choose another family vacation spot!

Be willing to do a little research: Some of the most fun to be had isn’t on the surface. Dig a little. Read Trip Adviser reviews. Check out Vegas Groupons. You’ll be surprised…

My next post has a complete list of reviews for the places we dined, danced and visited, so if that’s you’re kind of thing (or if you’re headed to The Strip any time soon) read up and get some tips!